Changing of the guard

The last year has seen the departure of several senior professors of the Department. Vincent Crawford, Peter Neary and Kevin Roberts retired at the end of the 2019/20 academic year and in January 2021, Tony Venables resigned to take up the post of Research Director of the new ESRC-funded Productivity Institute at the University of Manchester. All are researchers of international distinction and long-standing members of the Department who have contributed much to establishing Oxford’s as one of the world’s-leading research department. Kevin Roberts joined the Department in 1999 as the Sir John Hicks Professor of Economics and Professorial Fellow of Nuffield College. Peter Neary and Tony Venables arrived in 2006/07; Peter as Professor of Economics and Professorial Fellow of Merton College and Tony as BP Professor of Economics and Professorial Fellow of New College. Vince Crawford was appointed to the Drummond Professorship of Political Economy at All Souls College in 2010. They will be greatly missed and the Department is very pleased that they will all maintain links with the department as Senior Research Fellows (Emeritus). 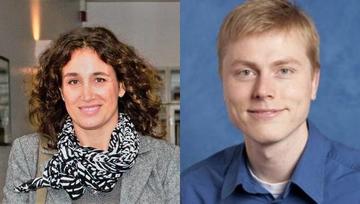 But change brings opportunity and we are very pleased to welcome a new generation of research leaders with the appointment of Barbara Petrongolo and Martin Weidner. Over the next year, the Department will be seeking to fill two further senior professorships: the BP Professor of Economics with New College, and the Drummond Professorship of Political Economy at All Souls College. The Drummond Professorship is one the oldest university posts in Economics: it was established in 1825 and previous holders include three winners of the Nobel Prize in Economics: John Hicks, Amartya Sen and Joe Stiglitz. We hope to maintain this tradition.