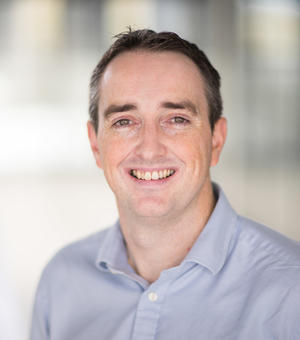 Professor of Economics
St Hugh's College
Director of Research
michael.mcmahon@economics.ox.ac.uk
Michael McMahon is Professor of Economics at University of Oxford and Senior Research Fellow at St Hugh’s College. He previously worked at Warwick University and has also given courses at INSEAD, NYU, Chicago Booth, LBS and LSE. He has delivered capacity building courses throughout Asia with the IMF’s Singapore Training Institute.  He worked at the Bank of England for many years. Since April 2019, he serves as a member of the Irish Fiscal Advisory Council.

He is a research fellow of the CEPR and Director of the Research Policy Network on Central Bank Communication.  He is Deputy Director of Nuffield Centre for Applied Macro Policy (NuCaMP). He is also affiliated with LSE’s Centre for Macroeconomics where he previously co-edited the CfM Survey. He is a member of the Royal Economic Society (RES) Council, currently serving also as Conference Secretary on the Executive Committee. He previously served as Deputy Programme Chair for the 2017 RES Annual Conference. He was an Economics Network advisory board member (2006-2011), Treasurer of the MMF Research Group (2016-2018) and was previously Director of Impact at CAGE, Warwick (2016-2019).

His interests lie in macroeconomics of fiscal policy, business cycles, monetary economics, inventories and applied econometrics.  A key feature of his recent research is the use of interdisciplinary, data science techniques to understand communication and deliberation in central banks. His research has been published in journals including the Quarterly Journal of Economics, Review of Economic Studies, Journal of Monetary Economics, Review of Economics and Statistics, Journal of International Economics and numerous others.

He holds an undergraduate degree from Trinity College Dublin, and MSc, MRes, and PhD degrees from the London School of Economics.