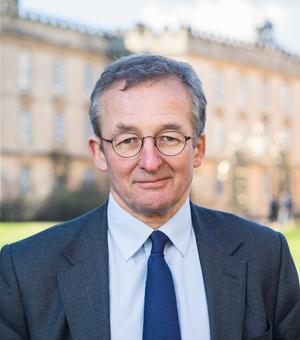 Sir Dieter Helm is Professor of Economic Policy at the University of Oxford and Fellow in Economics at New College, Oxford. From 2012 to 2020, he was Independent Chair of the Natural Capital Committee, providing advice to the government on the sustainable use of natural capital. In the New Year 2021 Honours List, Dieter was awarded a knighthood for services to the environment, energy and utilities policy.

He has written many books, most recently Net Zero (September 2020, William Collins) in which he addresses the action we all need to take to tackle the climate emergency. He is currently writing a new book on The Sustainable Economy.

His other books include: Green & Prosperous Land  (2019, William Collins), Burn Out: The Endgame for Fossil Fuels  (2017), The Carbon Crunch: Revised and Updated (2015) and Natural Capital: Valuing the Planet  (2016), all published by Yale University Press.