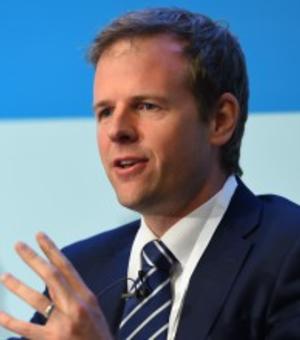 Cameron Hepburn is the Director of the Economics of Sustainability Programme, based at the Institute for New Economic Thinking at the Oxford Martin School. He is also Professor of Environmental Economics at the Smith School of Enterprise and the Environment, a Fellow at New College, Oxford, and a Professorial Research Fellow at the Grantham Research Institute at the London School of Economics.

He has published widely on energy, resources and environmental challenges across a range of disciplines, including engineering, biology, philosophy, economics, public policy and law, drawing on his degrees in law, engineering and doctorate in economics.  He is on the editorial board of Environmental Research Letters and is the managing editor of the Oxford Review of Economic Policy. Cameron’s research is often referred to in the printed press, and he has been interviewed on television and radio in various countries.

Cameron provides advice on energy and climate policy to government ministers (e.g. China, India, UK and Australia) and international institutions (e.g. OECD, UN organisations) around the world.  Cameron began his professional life with McKinsey, and has since had an entrepreneurial career, co-founding three successful businesses – Aurora Energy Research, Climate Bridge and Vivid Economics – and investing in several other social enterprises, such as Purpose and Apolitical.