“Love in the Time of Cholera” 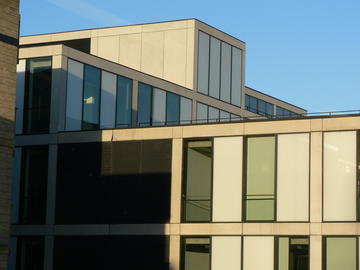 “Building the plane whilst learning to fly it” is a metaphor which has gained in popular usage over the last year. It describes the switch of the MPhil from traditional, intensive in person teaching to a hybrid and then completely on-line mode quite aptly.

Teaching remained in-person until the end of Hilary Term 2020 but by then both students and academic staff were becoming increasingly concerned about the wisdom of this and we were even more thankful than usual that Oxford has relatively short terms. The UK entered its first lockdown shortly after the start of the Easter Vacation. Even before the start of Trinity it was clear that there could be no resumption of in-person teaching so the scramble was on for an alternative. This was no easy task as Oxford as in institution remains focussed on in-person, face-to-face interactions between students and academics and we lack the culture, experience and infrastructure to go online (the University, for example, did not have a site licence for Zoom). We were somewhat helped by the fact that revision sessions and continued thesis supervision aside there were few lectures timetabled for Trinity for the Second Years, and only a few weeks of teaching for the First Years prior to their examinations. The Department had also been a relatively early-adopter of the University’s lecture recording service. We cobbled together our Trinity Term teaching through a combination of online thesis supervision, Zoom Web-casts (both of which worked reasonably well) and the use of pre-recorded lecture material (which was less successful). It would be hard to characterise this as anything better than just-about-serviceable (certainly relative to what we would normally like to provide) but thanks to a good degree of understanding and goodwill we were able to get through the rest of the academic year.

The Long Vacation was taken up by planning under a state of ambiguity rather than uncertainty (we didn’t even know the probabilities with which to weight each of the possible scenarios which lay before us). There seemed to be three possible eventualities:  business as usual, hybrid teaching and fully online. Of these the hybrid was the likeliest and also the trickiest. It would have been relatively easy to declare that we were going 100% online but the Department was keen to avoid this and the VC had made some public statements to the effect that, whilst other Universities (notably one located in a rather flat and uninteresting eastern region of England) were declaring that their teaching would be online for the whole of the coming academic year,  Oxford would be doing as much face-to-face teaching as possible. Online lectures for undergraduates were an inevitability due to the reduced capacity of teaching spaces under social distancing. But the tutorial system meant that these students would still be getting small group teaching and individual interactions via their Colleges. However, the MPhil students would be completely reliant on the Department and so it felt important that we do as much face-to-face teaching as possible whilst still making sure that the students who had to study remotely could do so. So, over the summer, the teaching spaces in the Manor Road Building were converted to socially-distanced spaces with cameras and smart screens and electronic whiteboards. When term began we were able to do much of our MPhil teaching in-person. For some lectures this meant splitting a year group into smaller groups which would fit into the reduced-capacity rooms and giving the same in-person lecture three times (and consequently telling the Shephard’s Lemma joke three times). However, for other lectures we chose to innovate and create pre-recorded gobbets for the students to review in advance of the lecture so that the 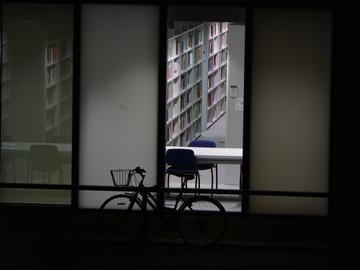 lecture itself became more of an interactive Q&A session.

By and large Michaelmas Term worked well. However with the second wave of the virus the University shutdown in-person teaching shortly before the start of Hilary term. In some ways, for the academic staff ,online teaching (now that we had got used to it) is easier to deliver than the hybrid model. But in other ways it is more difficult – it is harder to judge how the students are coping with the material, harder to give and get feedback etc. The difficulties for our students have been significant. Studying demanding material in isolation, possibly in a time-zone as much as plus/minus 8 hours either side of GMT and with less ability to meet and discuss the course with other students and to offer and receive support has been a huge challenge for them. They have shown an enormous amount of fortitude and goodwill and we have encouraged them to make contact with the Departmental Advisors, Thesis supervisors and lecturers as much as they can. Nonetheless, Hilary Term 2021 has been a tough term for them.

As we look forward to Trinity Term 2021 we hope that we will be able to return to a mix of in-person and online teaching once more but we await the UK Government and the University’s decision. Looking further ahead the great question is how many of the innovations which we were forced to introduce to cope over the last year (live-streamed lectures, webinars, classes via Teams, pre-records, etc.) will continue. Will we return to business as usual? It seems unlikely. Whilst MPhil students still want the “Oxford experience” and in-person teaching, they clearly value some of these changes as they allow lectures to change from being the traditional mode of instruction-from-the-pulpit to a more interactive and dare we say it, interesting, experience. We will be designing and building that particular aircraft over the summer – hopefully well in advance of being required to fly it this time.