In memoriam of Peter Sinclair 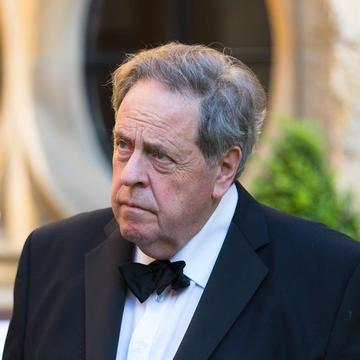 It is just over a year since the untimely death of Peter Sinclair from COVID-19 on March 31 2020. Peter was Fellow in Economics at Brasenose College from 1970 until 1994, when he joined Birmingham University as a Professor. He was also Director of the Bank of England’s Centre for Central Banking Studies from 2000 to 2008, maintaining close links with the Bank as an academic visitor, and he was the driving force behind the Royal Economic Society Easter School for PhD students. More than this, Peter was a well-liked and much admired member of the economics profession; fondly remembered by his colleagues and former students for his warmth and kindness; his infectious enthusiasm for the subject and his commitment to the power of economic reasoning as a tool of public policy.

In the days since his death, many have shared their favourite memories of Peter - his prodigious skills as a linguist and his pleasure in greeting each student in their native language; long tutorials conducted over breakfast in the covered market; his ability to instil the most reluctant student with an enthusiasm for economics analysis. In this piece, three economists who knew Peter in differing roles share some of their thoughts. David Bevan, Emeritus Fellow in Economics at St John College, was a colleague and fellow Economics tutor in Oxford in the 1980s; Diane Coyle, Bennet Professor of Public Policy at the University of Cambridge, was fortunate to have Peter as her Economics tutor as a PPE student at Brasenose College, and Michael McMahon, Professor of Economics at Oxford, first met Peter during his time as an economist at the Bank of England.

Peter was a superb teacher. Students, both undergraduate and graduate, flocked to his lectures, partly because they were well-structured and very  up to date, partly because of the clarity of his exposition, but also because they were tremendous fun. At the graduate level, he was one of the relatively rare lecturers who was capable of bridging the familiar gaps between academic rigour, accessibility, and policy relevance. He was also a wonderful tutor, exhilarating to the best students but also successful with the less motivated because of his enthusiasm, patience and fundamental kindness. I do remember the encomium of two very talented and enthusiastic  students who had been through his hands, telling their successors that they were in for a blast, but that they should at all costs avoid the 12 noon slot, because Peter’s tutorials often overran by as much as an hour, and they would frequently get no lunch. He was also a talented mimic, sometimes unconsciously. I remember an occasion at a Scottish fishing village when a group of us – clandestinely escaping a boring conference session – began nervously edging away when Peter slid unconsciously into mimicking a huge fisherman, who became less than amused when his accents were reflected back to him with increasing accuracy. Peter was a very positive person, confident in his judgement, which was usually excellent, but there was one occasion when, agreeing at a PPE finals examiners’ meeting to the very rare award of straight alphas for several papers by a candidate, he said, “quite brilliant, but of course, he will never make a good researcher – much too precise”; the candidate went on to become, arguably, one of the best two or three researchers of his (UK) generation.  Peter was a wonderful colleague, always willing to put his shoulder to whatever collective wheel needed pushing, and doing so with high good humour. It definitely left sizeable dents in the various economics programmes in Oxford when he left.

It is about a year since Peter Sinclair became one of the early victims of the Covid19 pandemic, and I haven’t yet got used to the idea that I can’t drop him an email to ask for his comments on a paper or pick his brain for references. Although it is now four decades since he was my economics tutor at Brasenose, Peter’s commitment to my work had stayed as strong as it had been when I was 18 – just as it did for the many other former students he stayed in touch with.

He was everything you could wish for in a tutor. In our first term we were whisked off in groups of four, squashed into his car, for tea at The Feathers in Woodstock. Peter would start a conversation in their native language, no matter what it happened to be, with any overseas students on the outing. This was an early experience of his tremendous kindness, and also his extraordinary passion for other languages. His tutorials were masterclasses in how to relate the technicalities of economics to what was happening in the world, packed with anecdotes, historical diversions, references to further reading, or to today’s newspaper.

For some of the PPE intake, the need for any technicalities was aversion therapy, and some of those who continued with economics did so without great commitment. But for those who displayed interest, Peter treated us like rare blooms in the desert, deserving of extraordinary nurturing. Many former students will remember 8am tutorials in the café in the covered market, or being packed off to the Bodleian to look up articles from the 1950s, or instructed to struggle through something by Malinvaud in French. For he quietly disapproved of those who did not take the work seriously, and he required effort back from us. If that was forthcoming, no trouble was too great for him.

It is a rare stroke of luck to have a teacher like this in your life. He continued to act as a sounding board, write references, and to provide gentle grillings over lunch in the Bank of England cafeteria. He was a kindly, avuncular figure to my children (and managed to persuade one, against his initial instincts, to read PPE at Oxford). Much as he hated the growing bureaucratisation of universities, Peter’s commitment to teaching, to drawing out the best in others, was exemplary. I try to pay it forward in my own teaching, but I don’t think anybody could match his dedication.

Anybody who had the good fortune to meet Peter Sinclair will remember him. Not just for his jovial spirit in all interactions, but his sharpness of mind and clarity of thought and expression on matters macroeconomics. If English happens not to be your native language, you would almost certainly have had Peter greet you, and even engage in short conversations, in that language.  I witnessed Peter do it in so many languages and the reaction was always one of great joy and smiles. 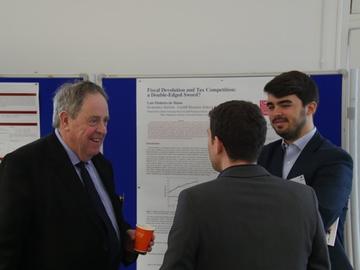 I first encountered Peter when I was a young economist at the Bank of England. On introducing himself to me, and discovering I was Irish, he immediately spoke Gaelic to me. I would see Peter relatively frequently. He was often walking through the International Economic Analysis Division (where I worked) with a visitor from the Centre for Central Banking Studies (where he was the Director). The visitors often wanted to meet with Bank of England counterparts in monetary analysis and financial stability. After dropping them off, Peter would spend time speaking about economic issues with staff around the division.

I had the pleasure of getting to know Peter even more when I moved into academia in Warwick. Peter, then back at Birmingham where he spent so much of his career, taught part of the macro sequence for the Master’s course that I was also teaching on. It became abundantly clear to me that Peter was a clear favourite with students; he, of course, had a deep knowledge of the subject but, perhaps more importantly, he delivered his teaching with energy and passion, as well as a clear concern for students understanding.  When I moved to Oxford, it became clear to me that the personal nature of the tutorial system of teaching never left him even though he had long ago left Oxford.

As I began to get more widely involved with UK macroeconomics through the MMF, I had the pleasure of interacting more and more with Peter. It won't surprise anybody who knew him, that Peter particularly showed enthusiasm at conferences, and especially where early career researchers and PhD students could be helped and guided in his intelligent but ever so gentle ways.

Such was Peter's breath of the fields that he had interest in, including international economics, monetary economics and more general macroeconomics, just a few minutes with Peter could often teach you more than many hours with leading journals.

Peter will be sorely missed by his very dear friends in the profession who shared any part of their careers with him – be that in Oxford, in Birmingham, at the Bank of England, or through bodies like the MMF or the Royal Economic Society.  We can be consoled by the fact that Peter has left a positive and lasting impression on UK economics, and that this influence also spreads much further afield.