What Equality, Diversity & Inclusion Means to Me: Meet our EDI Committee

What Equality, Diversity & Inclusion Mean to Me

What does Equality, Diversity and Inclusion (EDI) mean to our EDI Committee, and why do they think its important for the department, and for Economics in general?

We spoke with members of our EDI Committee, made up of both staff and students, to understand what drew them to be involved in the Committee, which seeks to make the Department a more inclusive place. 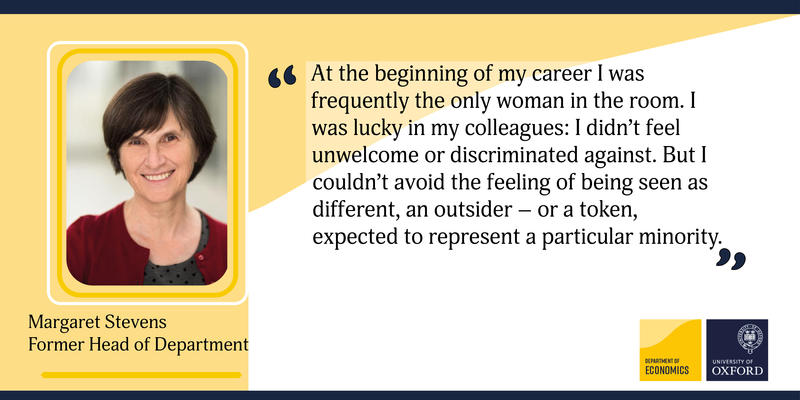 The EDI Committee represents for me an enormous cultural change.

At the beginning of my career I was frequently the only woman in the room. I was lucky in my colleagues: I didn’t feel unwelcome or discriminated against. But I couldn’t avoid the feeling of being seen as different, an outsider – or a token, expected to represent a particular minority.

We are still not very diverse, and members of all minority groups continue to face similar barriers. What seems new is the will to work together to change that.

The EDI members – students and staff at all career stages – bring the energy, awareness and shared commitment needed to make the department a genuinely equal, diverse and inclusive place. 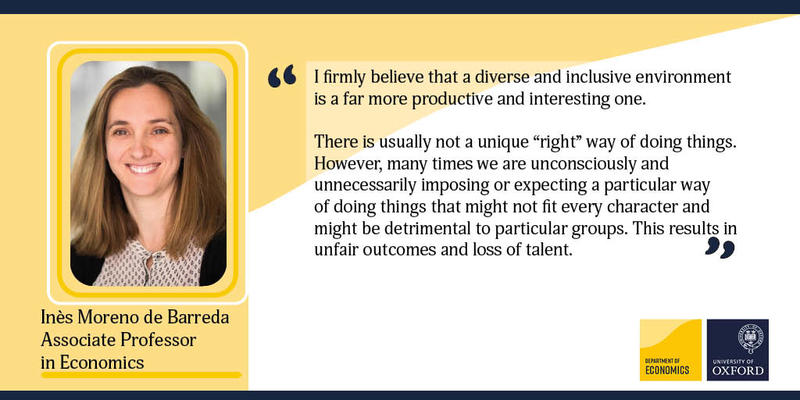 There is not a particular episode or incident that made me join the ED&I.

I joined the ED & I because I firmly believe that a diverse and inclusive environment is a far more productive and interesting one. There is usually not a unique “right” way of doing things. However, many times we are unconsciously and unnecessarily imposing or expecting a particular way of doing things that might not fit every character and might be detrimental to particular groups. This results in unfair outcomes and loss of talent.

The ED & I committee provides a channel to flag these unnecessary impositions that might be quite subtle, and to implement changes that can improve the environment for all. 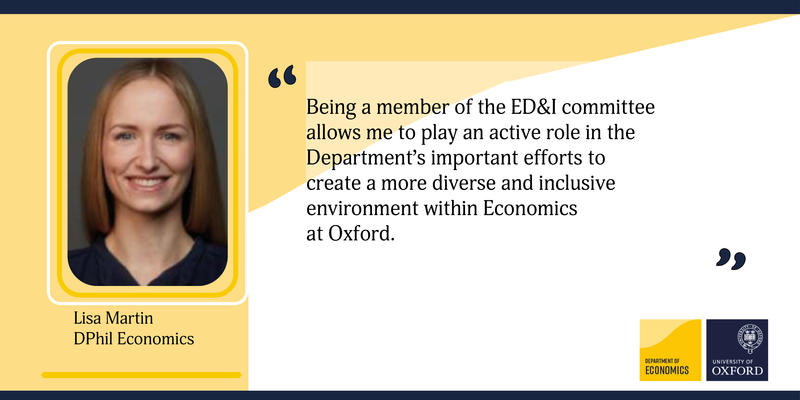 I realised very early on during my PRS year that there was a severe lack of diversity in my cohort– I was the only woman at an induction meeting with 12 other grad students.

To play a small part in remedying this, I volunteered to run the DPhil-MPhil Mentoring Scheme for Women in Economics to promote greater gender balance for future cohorts of DPhils. Seeing the different backgrounds that some of the DPhil and MPhil women on the scheme had, I realised that I wanted to contribute to improving diversity on a larger scale, beyond gender.

Being a member of the ED&I committee allows me to play an active role in the Department’s important efforts to create a more diverse and inclusive environment within Economics at Oxford. 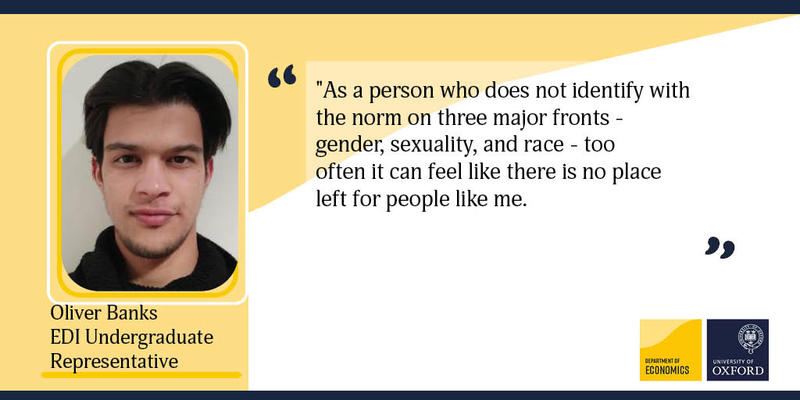 As a person who does not identify with the norm on three major fronts - gender, sexuality, and race - too often it can feel like there is no place left for people like me.

I am lucky to be at a place like Oxford and I want to use my platform to speak up about issues that many people may not have even thought of.

It is so important for individuals to be recognised and respected for who they are and not just put into boxes.

Through ED&I I hope to make the university a more inclusive place and build change into institutions. 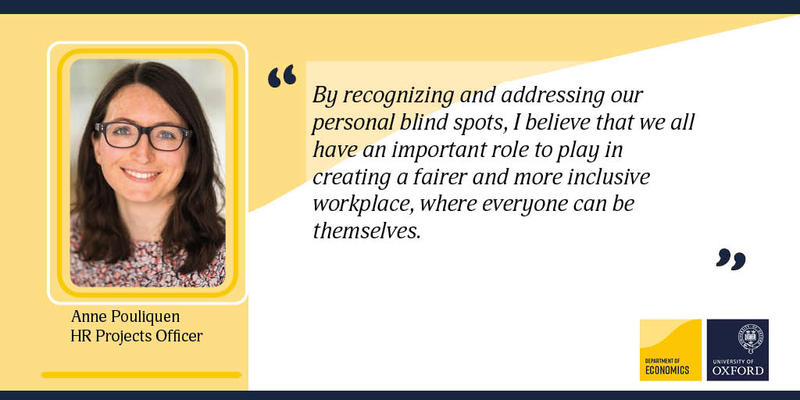 Growing up in France, I was aware of deeply-rooted problems of sexism and racism. For example, I regularly experienced street harassment, and remember my cousin legally changing his first name to improve his job prospects. I joined the ED&I committee because these are issues I care about, and I saw in my HR role an opportunity to influence workplace practices.

In 2019, I wrote an MA dissertation on how to reconcile the search for excellence and the diversity agenda in the recruitment of Associate Professors. It found that Oxford’s distinctive structure, culture, and tendency to ‘operates in silos’ make it easier for bias to seep through during decision-making.

Yet organisational practices are only one part of the equation. Everybody has biases. Therefore, by recognizing and addressing our personal blind spots, I believe that we all have an important role to play in creating a fairer and more inclusive workplace, where everyone can be themselves.

Get involved or give us feedback

There is a lot of work to do and we won't get everything right. If you would like to get involve, give us feedback, get in touch or partner with us on our mission, please contact: edc@economics.ox.ac.uk.