For International Women's Day we spoke with Professor Beata Javorcik to explore what led to her career in Economics, and what she thought could be improved upon to welcome more women into the field of Economics. 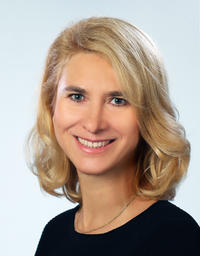 What led you to a career in Economics?

I was doing my university studies in the early 1990s – right after the fall of the Berlin Wall and the collapse of communism. This was the time when Fukuyma was writing about the end of history and designing market reforms in eastern Europe and the former Soviet Union was the challenge facing the Economics profession and policy makers. It was a very exciting time to study Economics. Studying epidemiology must feel a bit like this today.

Why aren’t there many women in the field of Economics?

The adversarial nature of seminars, particularly in the US and particularly 20 years ago, may be one of the reasons. Economics is not a hard science where something is either true or false. Every seminar is a bit of a battle: an applied economist needs to win the argument that his/her results demonstrate an effect beyond a reasonable doubt and a theorist needs to defend his/her assumptions. Many women dislike open confrontation and an environment when aggressive comments are acceptable, so they may gravitate towards other disciplines. Luckily, the seminar culture has changed over the years and has been much less of a problem in the UK.  Of course, we do not the pendulum to swing too far to the other side. If the audience is too reserved and too polite, a seminar speaker may not realise that the presented paper has serious shortcomings!


What motivates you in your work?

In policy discussions, the results of rigorous data analyses can be powerful and persuasive tools.  If economists do not provide them, others will step in and rely less on data and more on emotional arguments. This may lead to suboptimal outcomes. 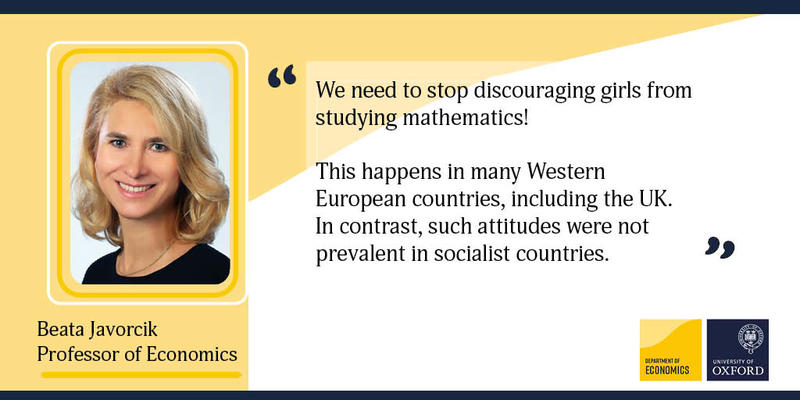 What do we need to change for women to take up space in the field of Economics?

We need to stop discouraging girls from studying mathematics! This happens in many western European countries, including the UK.  In contrast, such attitudes were not prevalent in socialist countries. And attitudes matter. Lippmann and Senik (2018) show that underperformance of girls in math is much lower in the regions formerly belonging to the German Democratic Republic than in regions formerly belonging to the Federal Republic of Germany. This East–West difference is due to girls’ attitudes and confidence, and not to economic factors.

What is the best piece of advice you have ever received?

Don’t say “I don’t have time”.  Instead, say “it is not my priority”. It forces you to think about what is important to you and what is not.

What do you think can be done to forge a more inclusive world?

Having more women (and other marginalised groups) at the decision making table.

MORE CONVERSATIONS WITH THE WOMEN OF ECONOMICS