The Speed of Innovation Diffusion in Social Networks

New ways of doing things often get started through the actions of a few innovators, then diffuse rapidly as more and more people come into contact with prior adopters in their social network. Much of the literature focuses on the speed of diffusion as a function of the network topology. In practice, the topology may not be known with any precision, and it is constantly in flux as links are formed and severed. Here, we establish an upper bound on the expected waiting time until a given proportion of the population has adopted that holds independently of the network structure. Kreindler and Young (2014) demonstrated such a bound for regular networks when agents choose between two options: the innovation and the status quo. Our bound holds for directed and undirected networks of arbitrary size and degree distribution, and for multiple competing innovations with different payoffs. 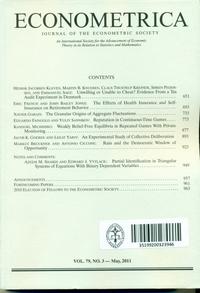